Meeting dates for the first quarter of 2018


Saturday’s 10am - 4pm
With forgemaster Brit (thankyou to Brit who is taking the reigns this year)
27th Jan
10th Feb
24th Feb
10th March
24th March
7th April
21st April
5th May
19th May
Please note that if you join Doris, you are always welcome to attend the regular blacksmithing days of ABA Vic and these are always on the Sunday after Doris.
Posted by Blacksmith Doris at 21:45 No comments:

Email ThisBlogThis!Share to TwitterShare to FacebookShare to Pinterest
Labels: meetings 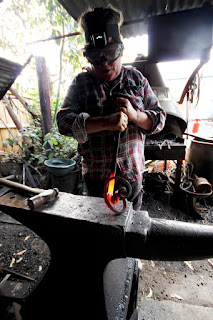 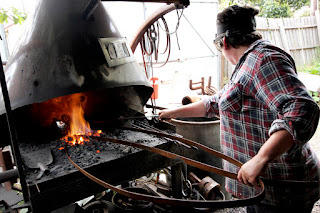 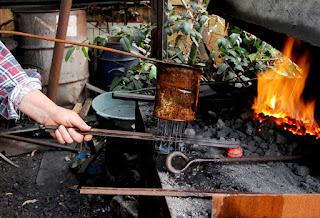 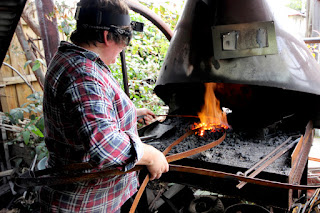 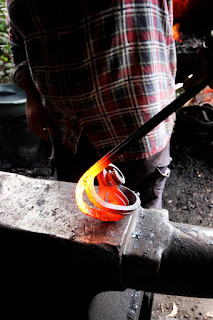 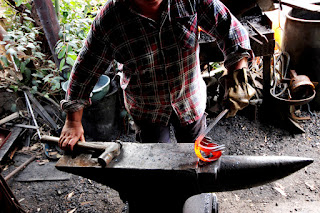 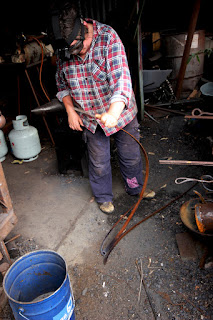 Posted by Blacksmith Doris at 20:13 No comments:

Vic is not only a blacksmith who runs Iron Infusion making public sculptures, but she also is the host of BlacksmitHer Radio, making podcasts of women and men blacksmiths from all around the world.

Click Here to listen to the interview
Posted by Blacksmith Doris at 18:23 No comments:

Debbie Harman comes to Doris not only to forge but to play.  Sometimes she doesn't forge at all.  The works below are ceramics that have been formed over steel pieces which have been scrounged from the bin in the first photograph.  Sometimes she will sit in the lunch room drinking tea, telling stories and working with clay.  She will gladly teach newcomers how to build a fire.

More of her work can be seen on her numerous blogs. 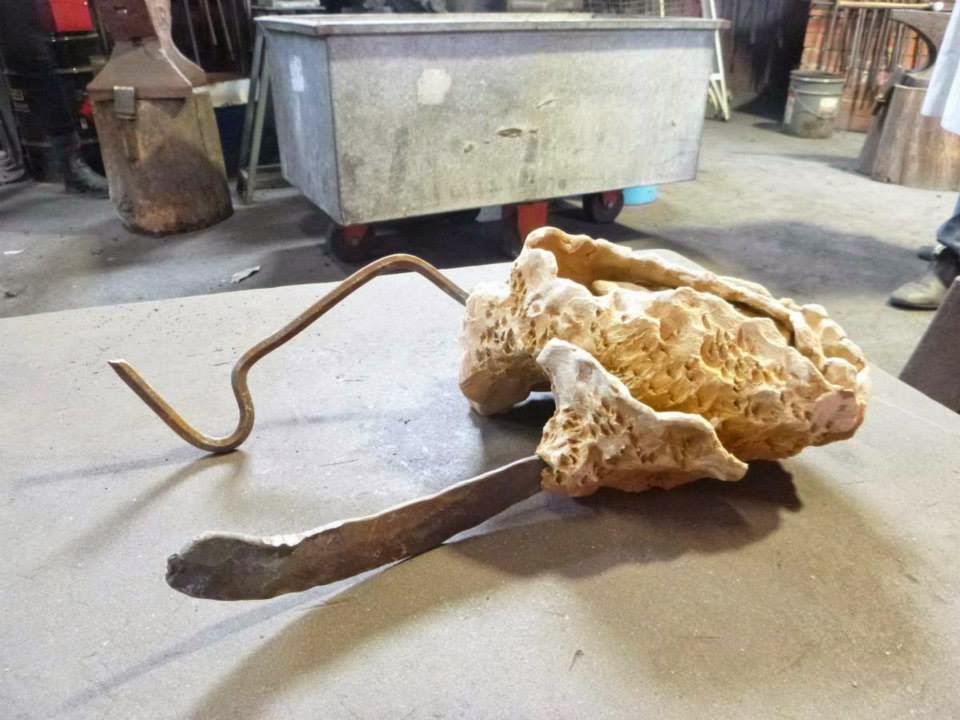 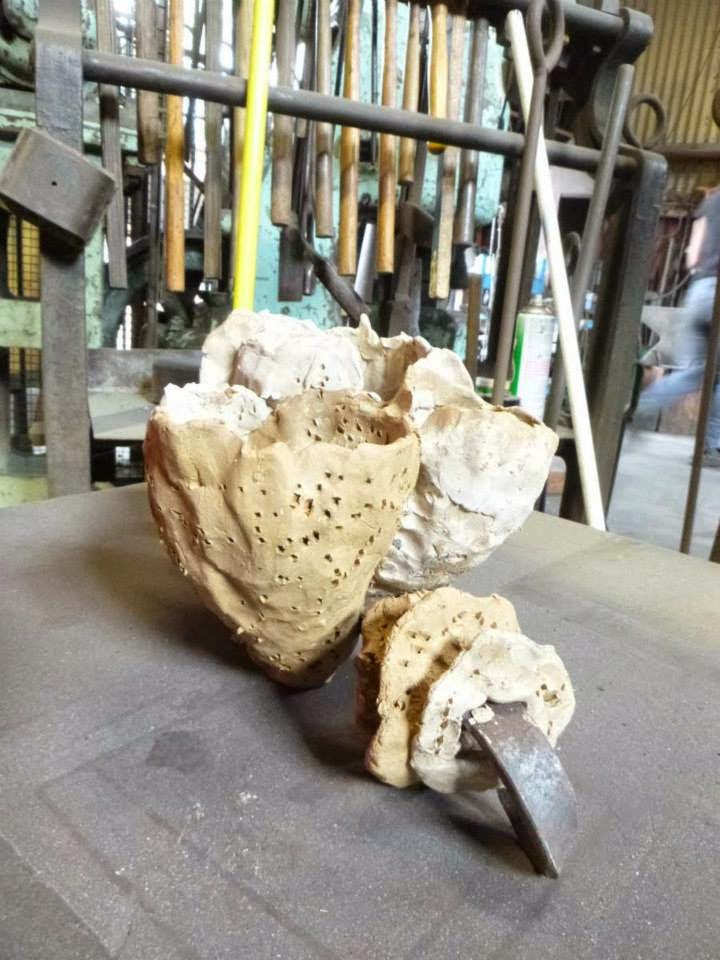 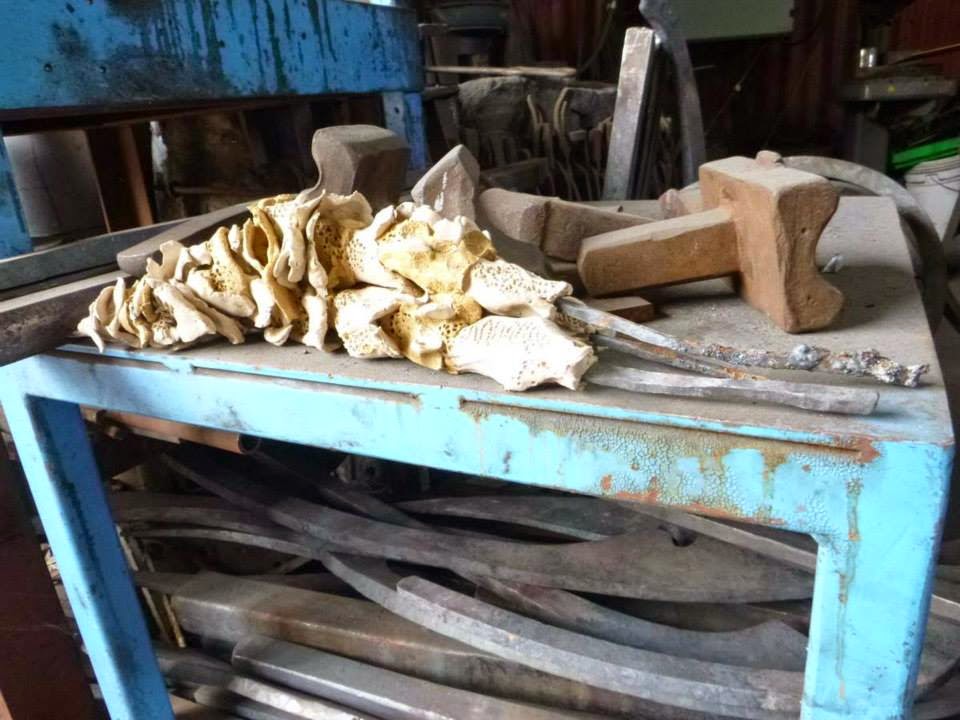 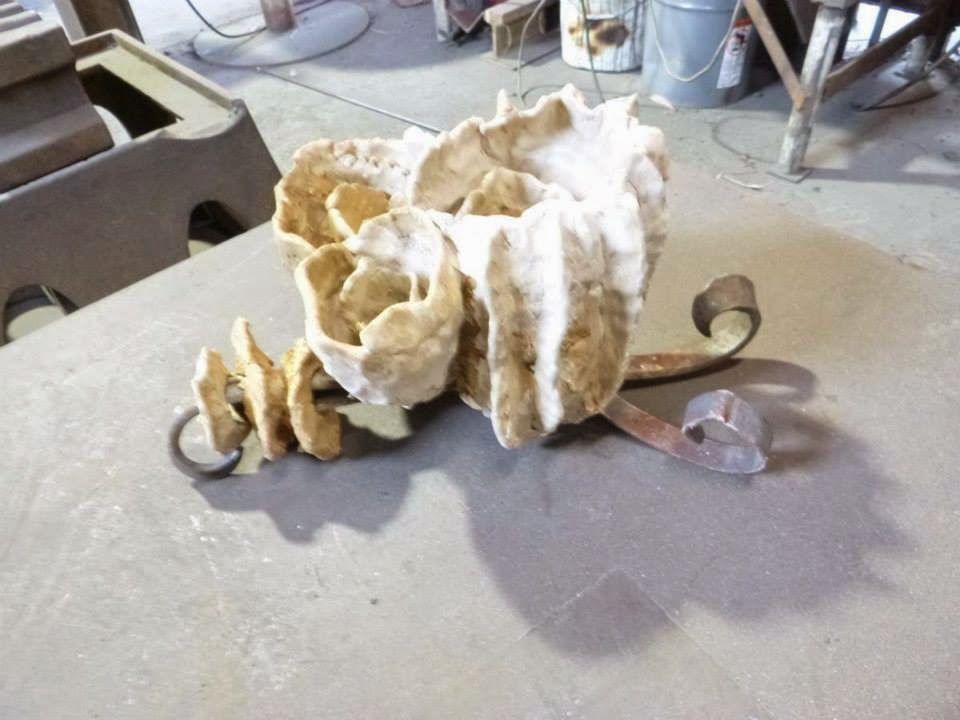 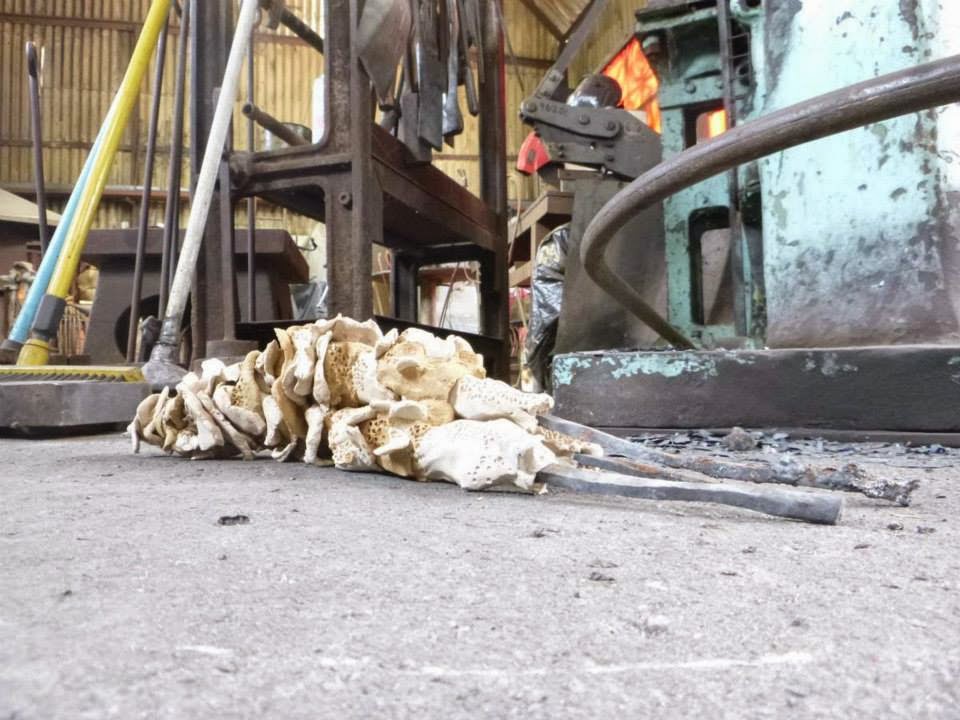 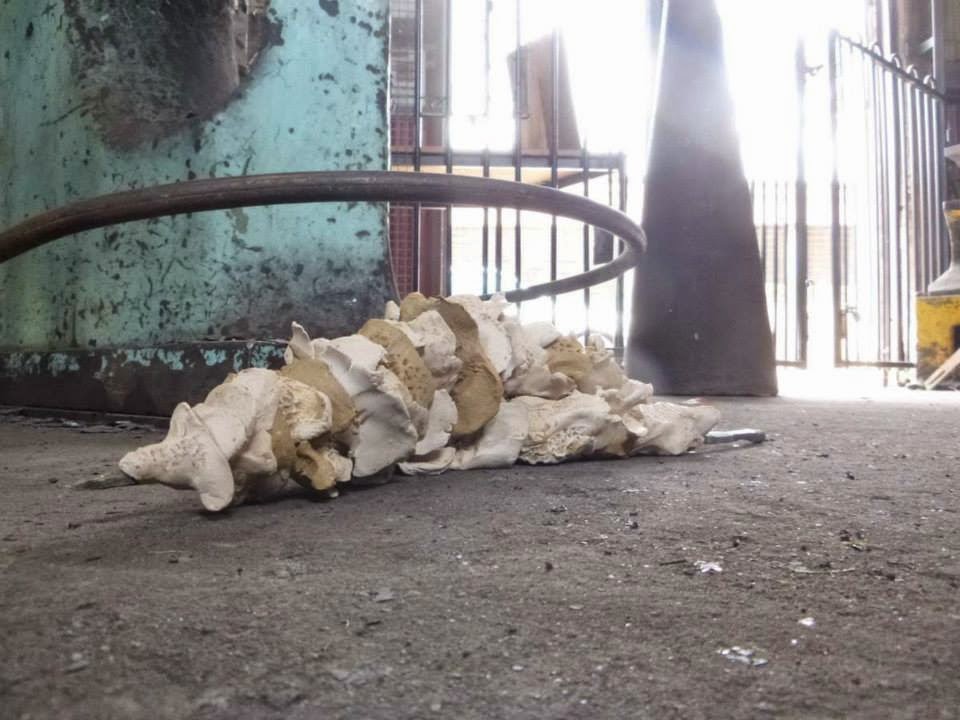 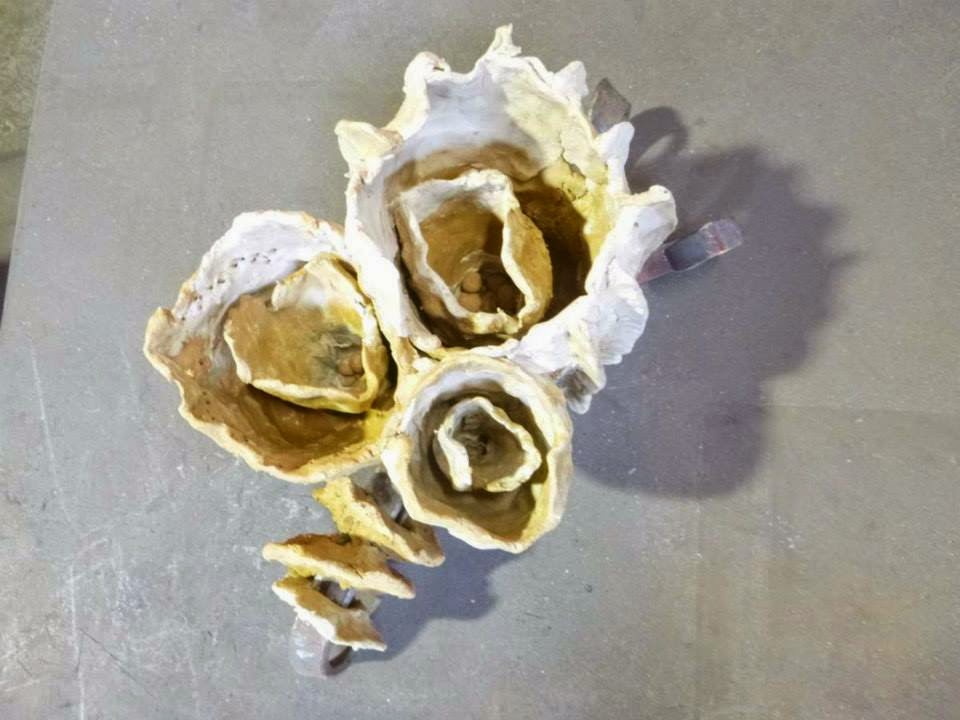 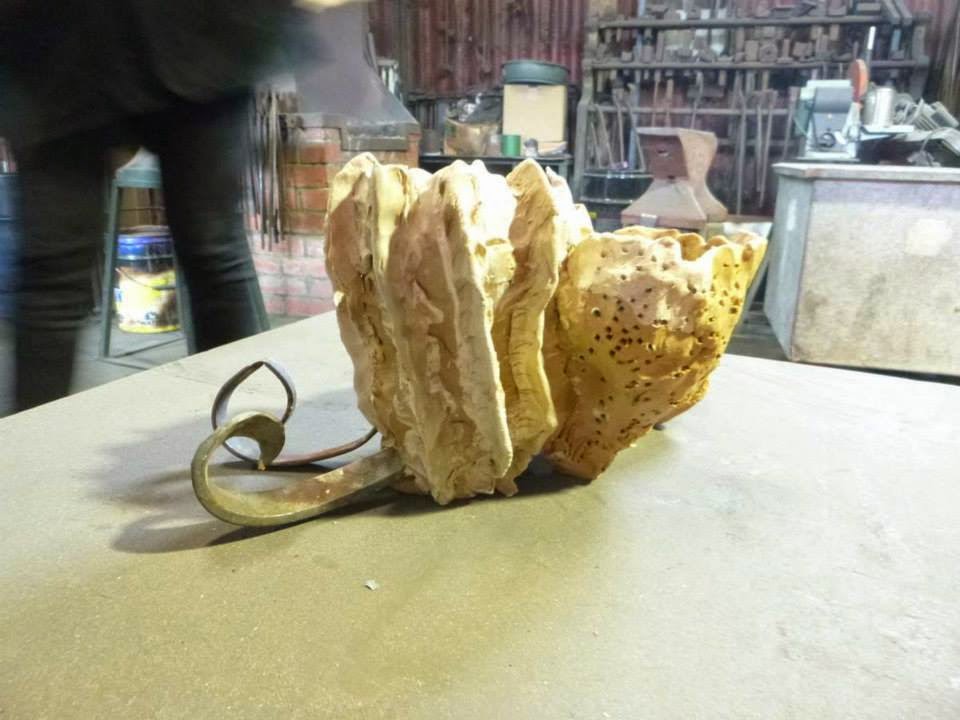 Posted by Blacksmith Doris at 02:45 No comments: 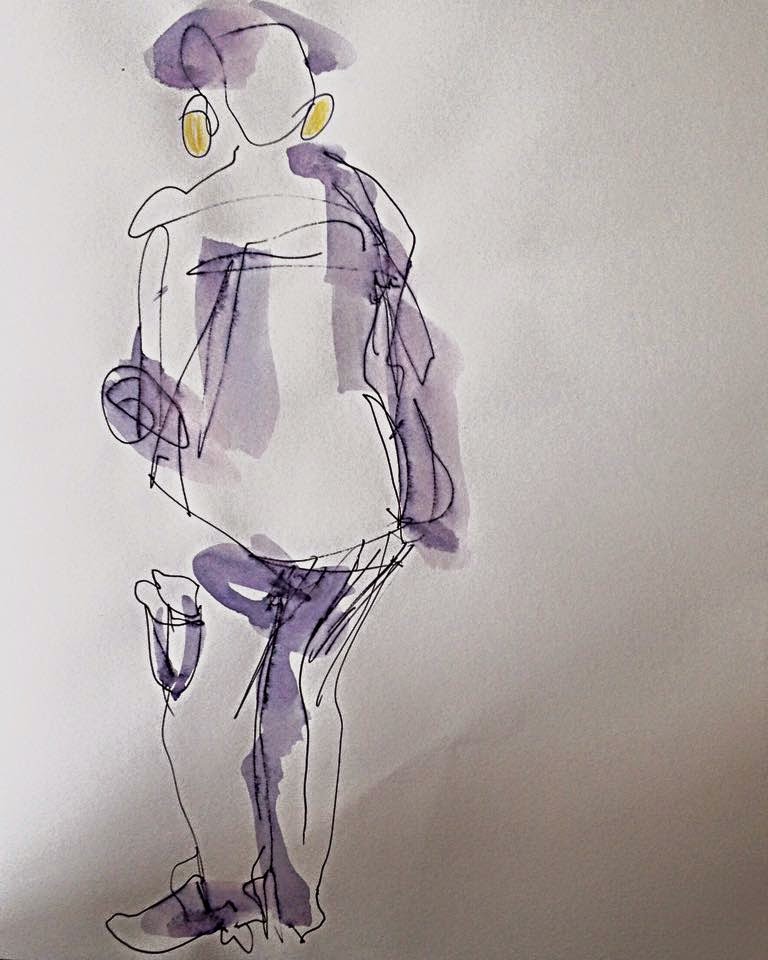 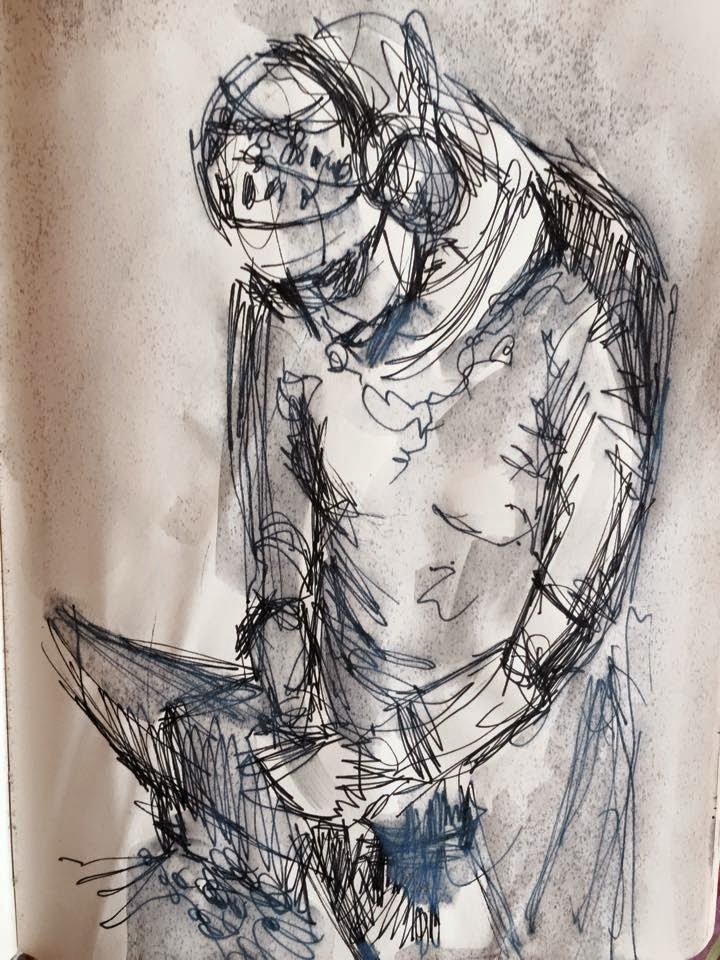 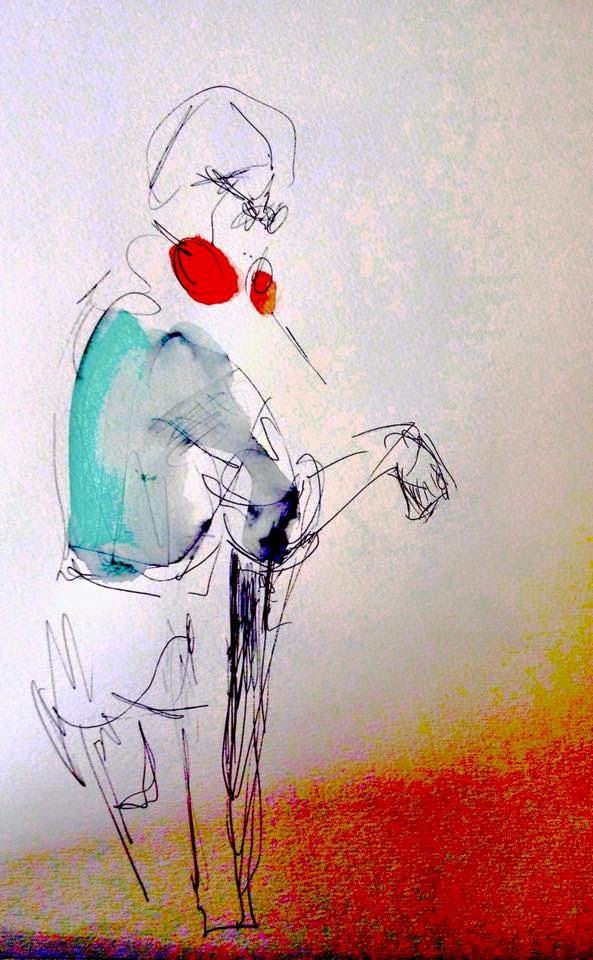 Posted by Blacksmith Doris at 02:29 No comments:

The Drawings of Dianne Beevers

Within our group, our band of women, we have makers and artists of all kind.  One wonderful woman who is enthusiastic about all forms of art, and has brought that enthusiasm to Blacksmith Doris with all bells jingling is Dianne Beevers.

Dianne works at the forge taking her inspiration from the metal, following it to see where it may take her.

Sometimes, though, Dianne prefers to draw from the bustle of the barn to create images of us and the objects that she sees.

Today I am posting some of her objects and will post more drawings soon.

Posted by Blacksmith Doris at 21:20 No comments:

Both Nick Hackett, President of ABA (Vic) and I were asked to speak about our work in the Eesti Kunstiakadeemia ( Estonian Academy of Arts ) Tallinn, Estonia.  We spoke to a class of students at the University there who were studying art, majoring in blacksmithing.  I was also asked to explain Blacksmith Doris.  They had heard from Sarah Johnston, a Doris who is an exchange student in Tallinn, about our group and were surprised that we would have the need for a blacksmithing gathering just for women.

I discussed our reasons stating that in Australia there are hardly any places to study blacksmithing. I explained that women felt awkward trying to learn with a group of men where there are expected ways of doing things, as they feel that they will be judged.  As I spoke I could see on the faces of some of the women students that they understood.

As far as I know Blacksmith Doris is fairly unique.  Australia has only a short  blacksmithing tradition and there is no longer much call for a smithing career, so blacksmithing is more of a lifestyle choice rather than a way of earning a living.  There are women around the world who sell the work that they make when blacksmithing so they are established and organised.

There is a group of women who are dedicated and regularly come to Doris, as well as new comers.  Blacksmith Doris has become a place where woman can meet with the intention of being at the forge.  There is freedom in knowing how to build a fire that will heat steel well enough to move it with a hammer, and to be able to make things with that steel.  Some Doris’ enjoy learning traditional blacksmithing while others just hit the metal, happy to see where that process will take them.  Those that have knowledge share.  Some come for the company and others to draw.  There are no expectations and no judgement.  There is no obligation to complete a product.

The group would like to thank the committee for allowing us to have one Saturday of every month dedicated to women who wish to blacksmith; and the members for respecting the fact for another year.  We appreciate it.

I wish you all the best for the year ahead. 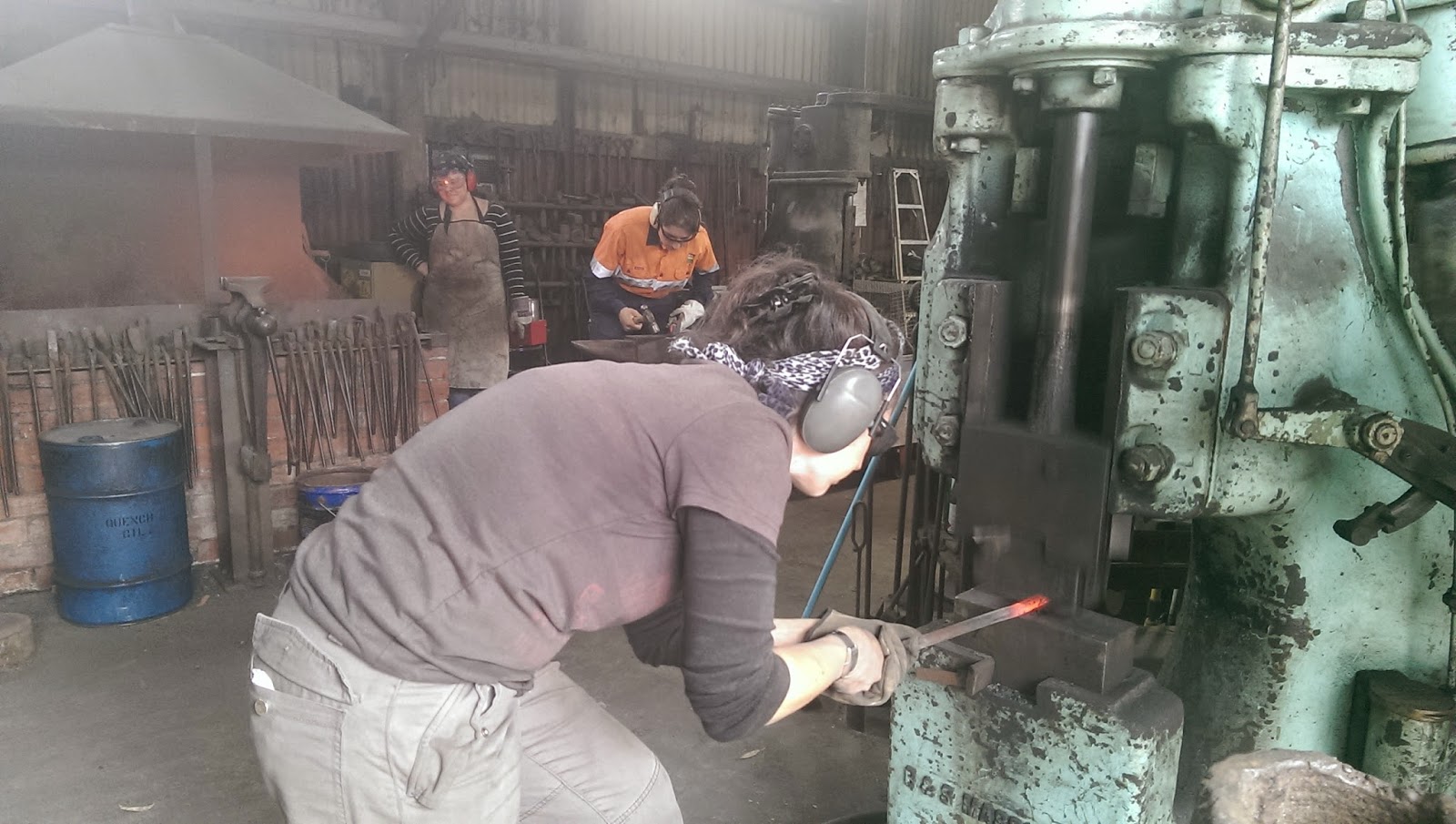